Categories: Bianca B, Cozy Reads, Fiction, Mysteries & Thrillers
Author: Barbara O'Neal
Genres: Fiction, Women's Fiction
Publisher: Lake Union Publishing
One of Travel + Leisure’s most anticipated books of summer 2020. From the Washington Post and Amazon Charts bestselling author of When We Believed in Mermaids comes a story of four generations of women grappling with family betrayals and long-buried secrets. It’s been years since Zoe Fairchild has been to the small Devon village of her birth, but the wounds she suffered there still ache. When she learns that her old friend and grandmother’s caretaker…

The Lost Girls of Devon by Barbara O’Neal

Zoe is a graphic designer and British expat living in Santa Fe, New Mexico with her teenage daughter Isabel. After coming home from a slumber party, Isabel deletes all of her social media accounts and is adamant that she will not return to school. The agreement on homeschooling for the remainder of the year seems rather convenient, when the pair are suddenly called to England.

Diana, Zoe’s best friend since childhood, has been missing. She’s a caterer in Devon, where they grew up, and looks in on some of the town’s elderly residents. But, no one has seen nor heard from her in days. Her cellphone is off, so she can’t be tracked.

Being back in Devon is both comforting and uneasy. Zoe’s mother, Poppy, was an MIA mother for most of her life. Poppy recently came back to Devon and began making amends with family and old friends. But can Zoe forgive her? Will Isabel want to meet her grandmother? Perhaps reconciliation is what it will take to find a missing woman.

I thoroughly enjoyed The Lost Girls of Devon by Barbara O’Neal. It’s a perfect beach read or for a rainy afternoon. I was able to identify with facets of nearly every character in the book, which made for an entertaining read. Barbara O’Neal writes strong female characters who must learn self-acceptance before they can truly see the best in others. She does so with authenticity and emotion. This book deftly combines small town mystery, teen angst, and family drama.

You can check out more of Bianca’s reviews here.

ABOUT THE AUTHOR: BARBARA O’NEAL 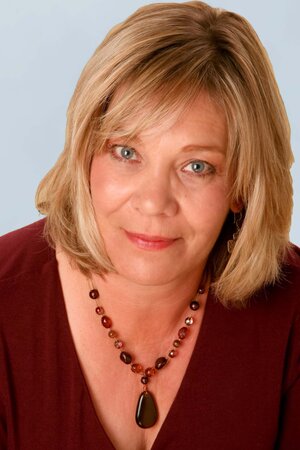 Barbara O’Neal has written more than a dozen novels of women’s fiction, including several Amazon top-sellers. Her award-winning books have been published in many countries, including France, England, Poland, Australia, Turkey, Italy, Germany, Brazil, Israel, and Hungary. She lives in the beautiful city of Colorado Springs with her partner, a British endurance athlete who vows he will never lose his accent.